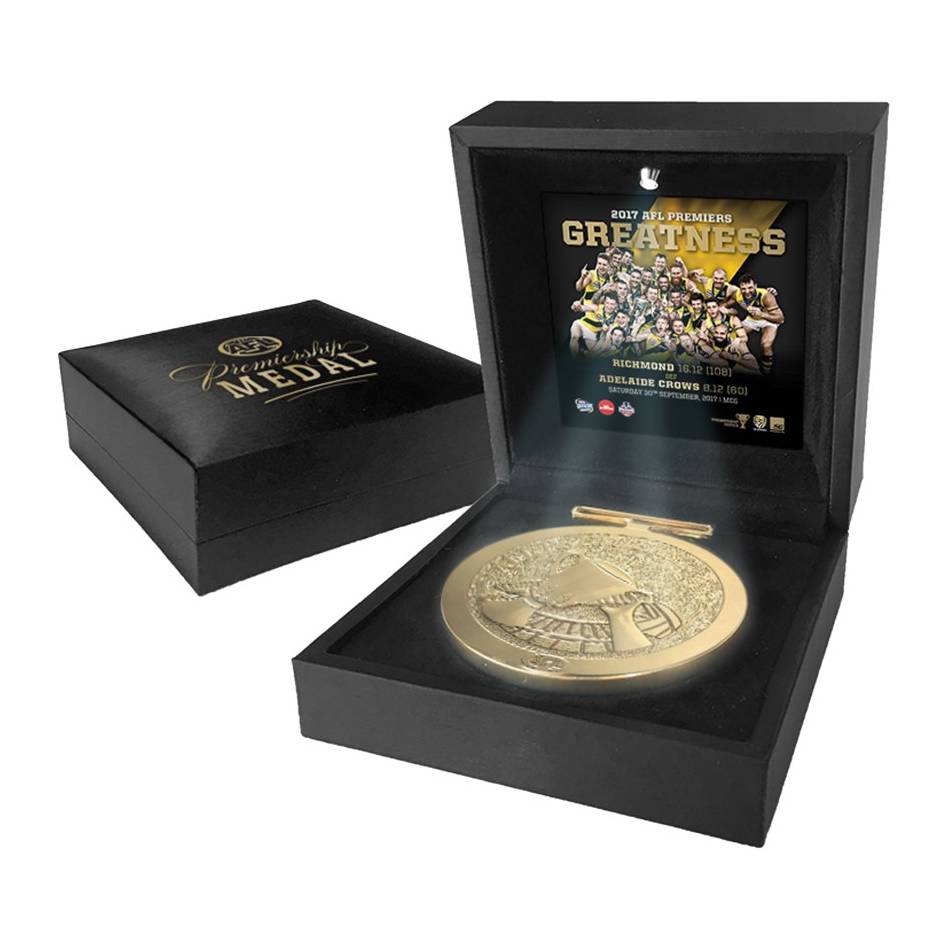 Congratulations to the Richmond Football Club on a stellar 2017 season, capped off with the Club’s 11th AFL Premiership. Led by their courageous captain, Trent Cotchin, coupled with stellar seasons from Brownlow Medallist Dustin Martin and All-Australian captain Alex Rance, the Richmond Football Club broke their 37-year Premiership drought in stunning fashion, in front of a raucous MCG crowd.

Official Memorabilia, in conjunction with the AFL and the Richmond Football Club, is proud to release the 2017 Boxed Premiers Medal Display. Officially licensed and endorsed by the AFL and AFLPA, it is a must-have for all Tigers fans and astute collectors alike. Don’t miss out – secure your edition before stock runs out!