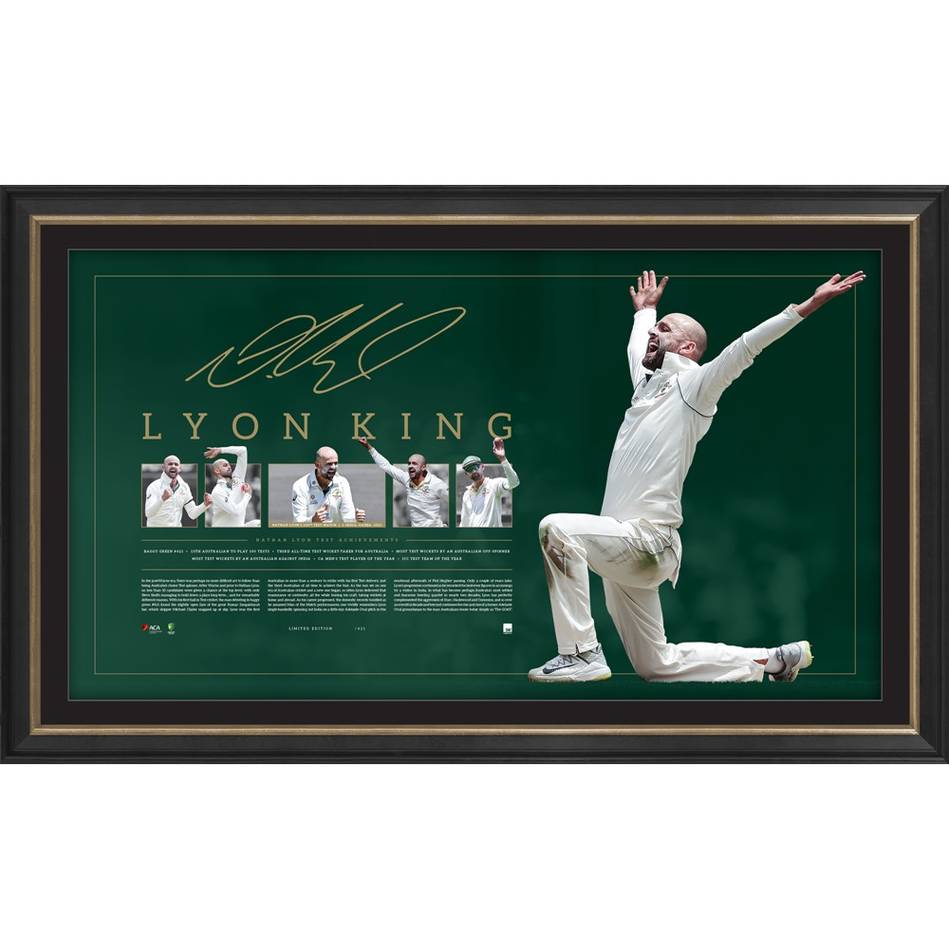 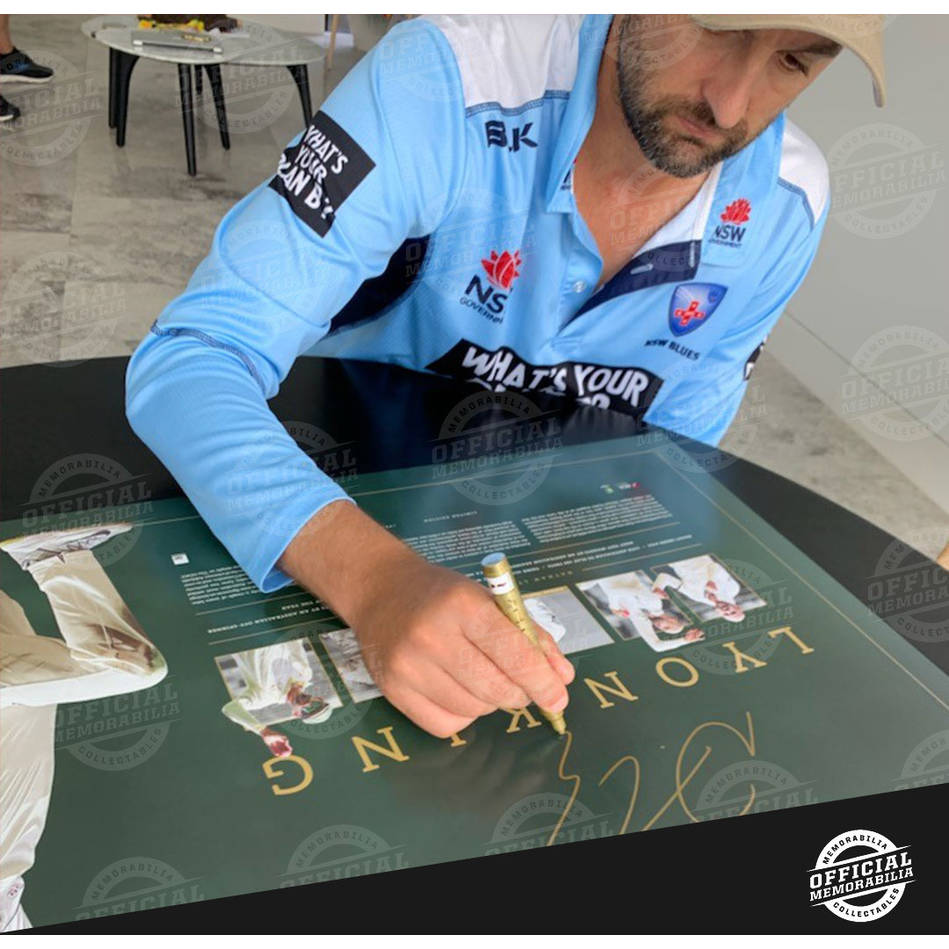 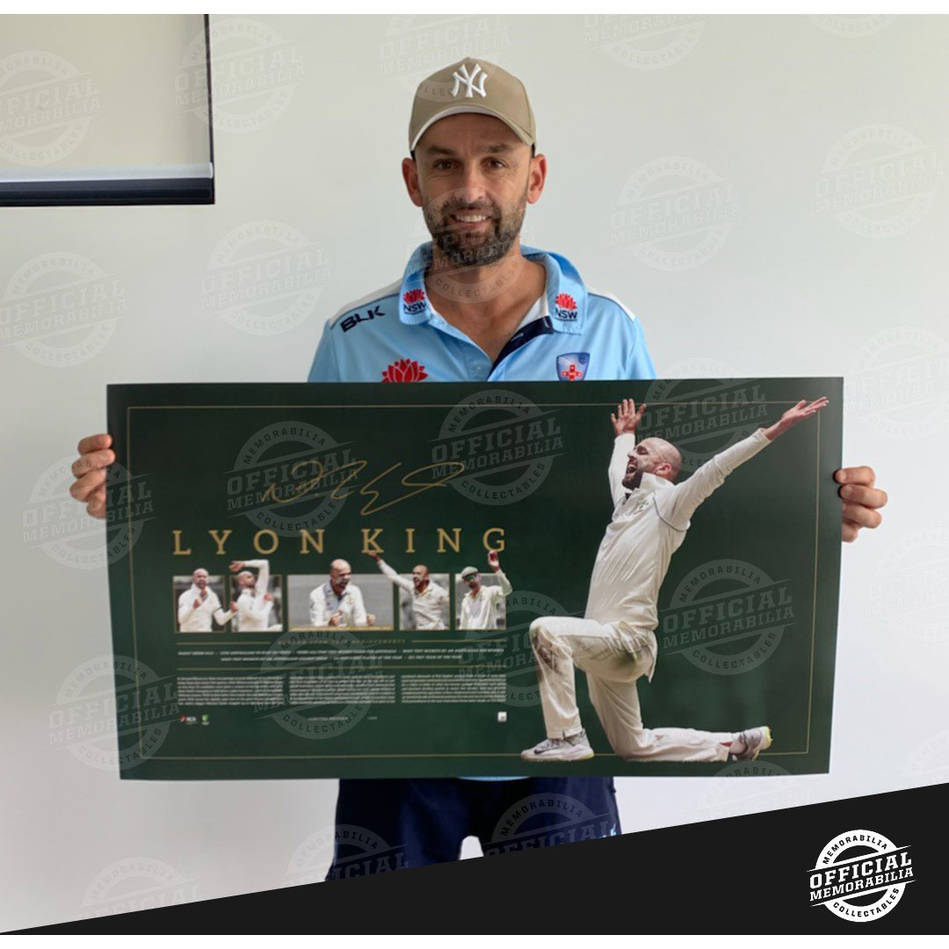 Official Memorabilia, in conjunction with Cricket Australia and Nathan Lyon, are proud to release ‘Lyon King', a stunning piece paying tribute to Nathan Lyon’s outstanding achievement, joining the greats of Australian cricket who have played 100 Tests. Personally signed by Australia’s third-highest Test wicket-taker in history, 'Lyon King' comes officially licensed and endorsed by Cricket Australia and is limited to 421 editions worldwide. A must have for Aussie cricket fans and astute collectors alike – don’t miss out!