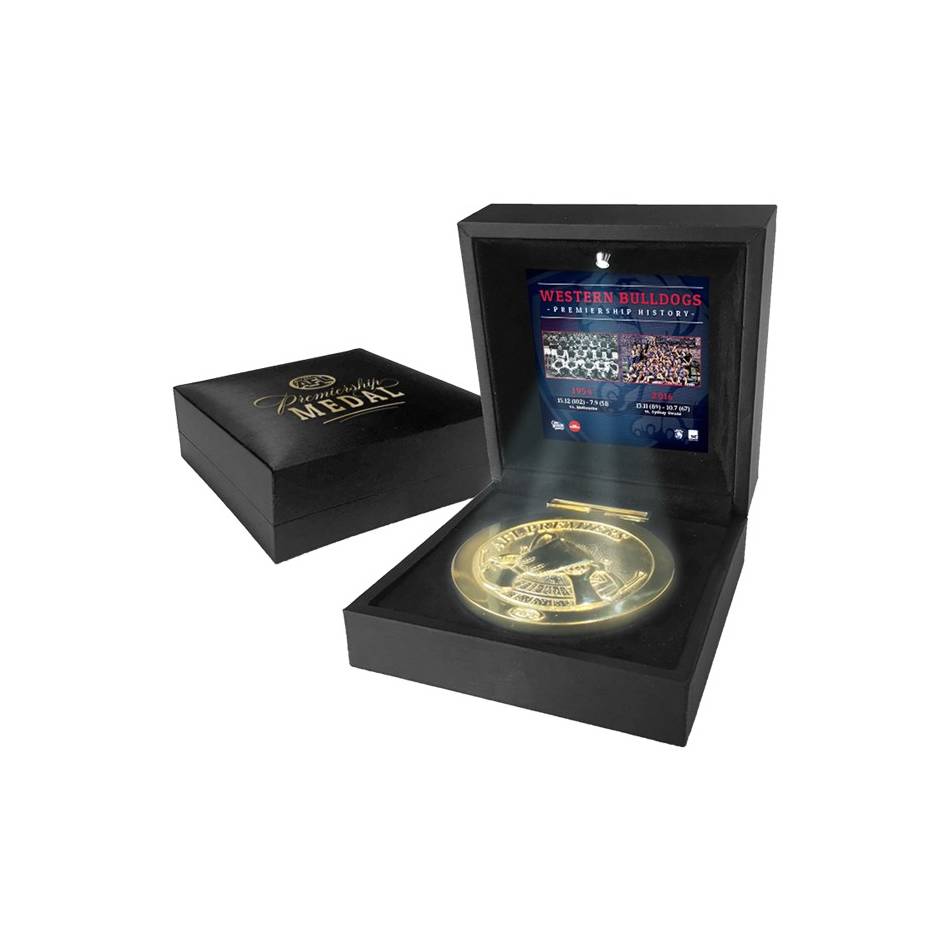 This stunning display pays tribute to Western Bulldog’s Premiership glories throughout the club’s rich VFL/AFL history. Featuring a replica AFL Premiers Medal superbly presented in a collector’s box complete with an LED lighting display, this piece is a tremendous collectable showcasing the collective triumph of the Western Bulldogs’ greats.