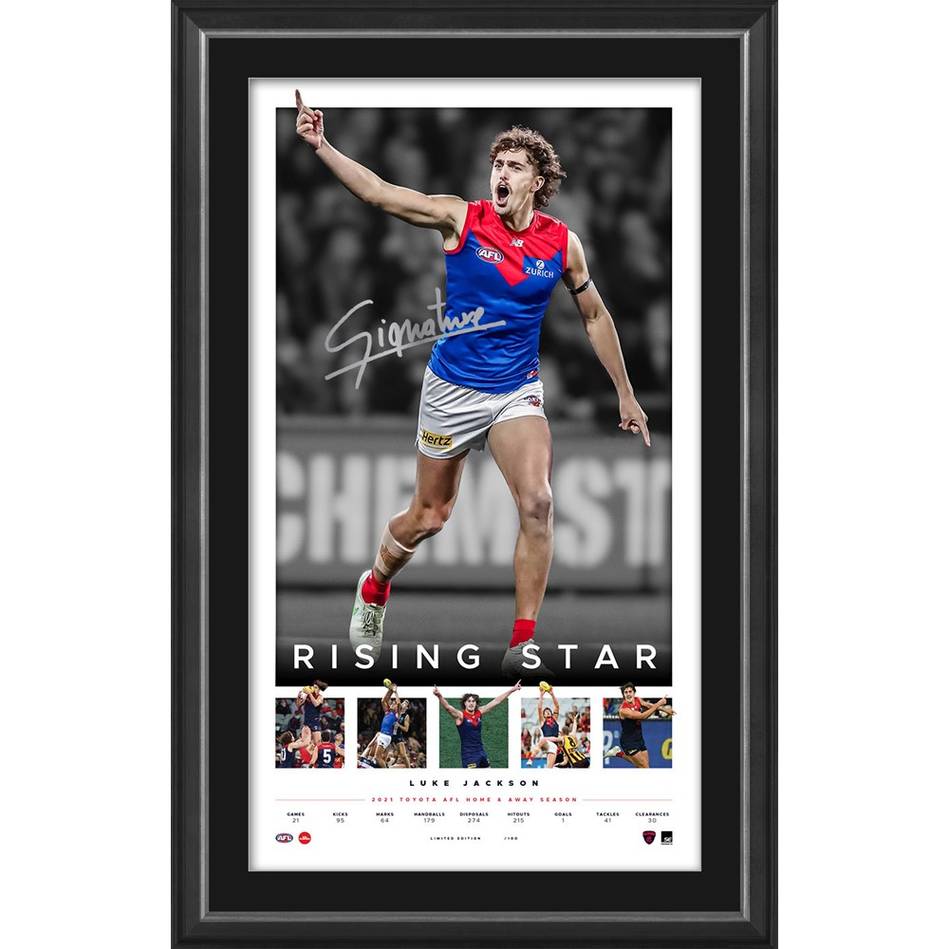 IT’S OFFICIAL… Melbourne young gun Luke Jackson is the 2021 AFL Rising Star. In the modern game it’s become less and less common to find a young key-position prospect with such confidence and natural ability, a combination that has seen Jackson outclass some of the game’s biggest and most powerful bodies this season. Consistently showing strength beyond his years in the aerial contest, the East Fremantle product has thrived under Max Gawn’s guidance. In a year of uncertainty, the near-unanimous polling by the 11 Rising Star judges suggested there was perhaps one certainty this season – and with that, Jackson becomes just the third recipient of the award in Demons history.