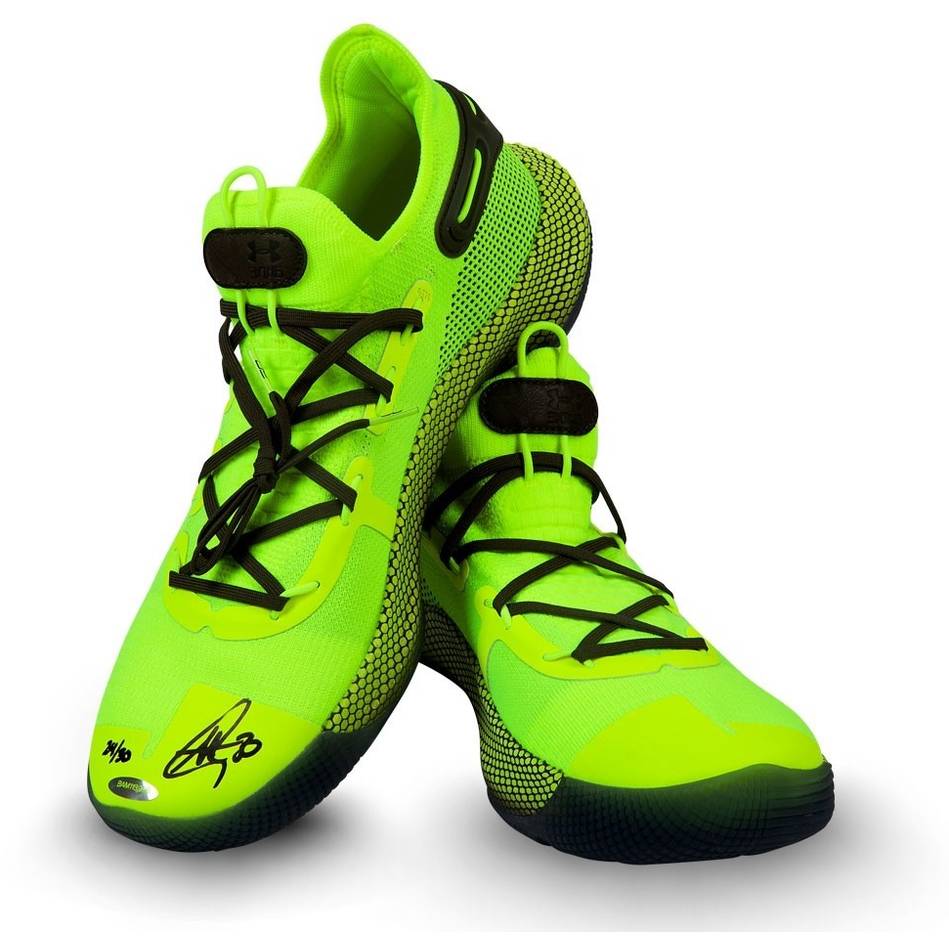 When the Under Armour Curry 6 shoes were unveiled in December 2018, the flashy colorways were an immediate hit with shoe connoisseurs. One of the unique colorways is featured on this pair. When Curry wears this colorway, he stands out on the court for more than just his incredible game. He wore this colorway in Game 5 of the 2019 Western Conference semi-finals against the Rockets. The 6s also featured a new technology introduced by UA called Hovr cushioning. This offered the ideal combination of cushioning and energy return and quickly became a popular shoe for players and collectors alike.