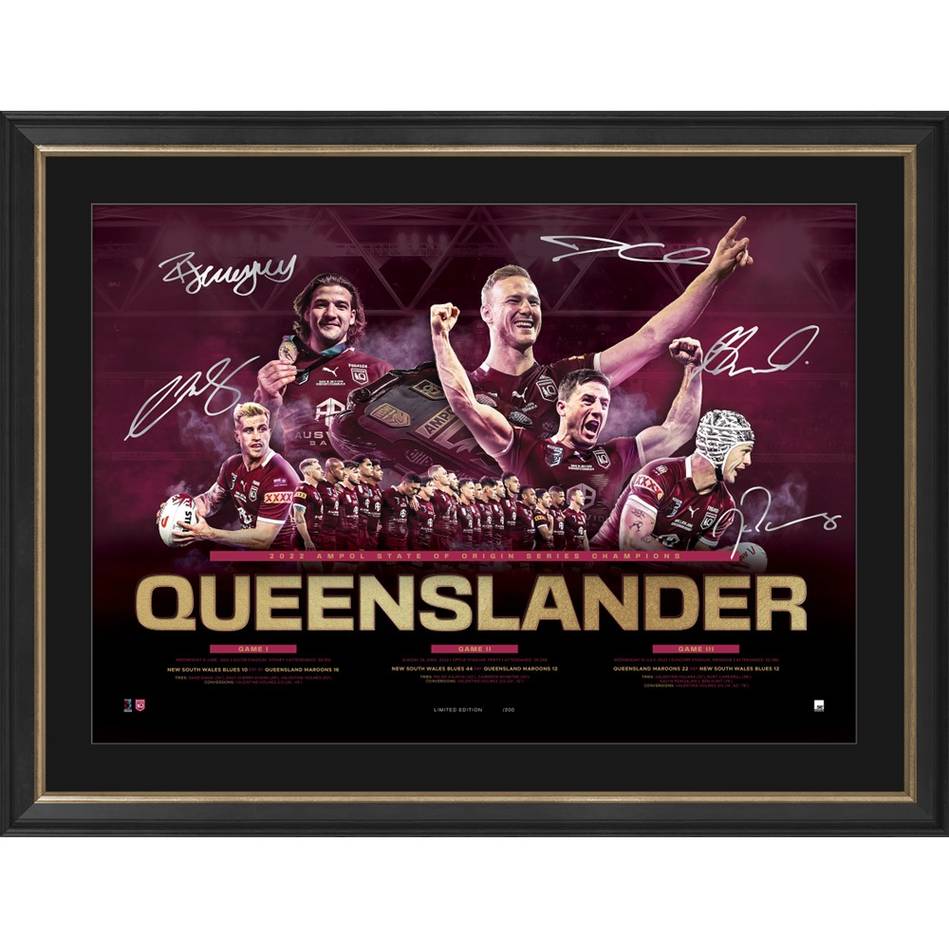 IT’S OFFICIAL… the Maroons have triumphed in probably the most dramatic, physical Origin encounter in history. Backs against the wall, undermanned, and reeling from early concussions, the Suncorp factor kicked in and the rest will be history. Skipper Cherry-Evans led with aplomb, Wally Lewis Medallist Patrick Carrigan continued a stunning debut series, while Kalyn Ponga’s Player of the Match performance had all the fireworks of his Game I counterpart, Cam Munster. But when the game was there to be won, it was Ben Hunt’s reflexes that sealed triumph, with his intercept of a Cleary chip now etched into the memory of every Queenslander. Suncorp showcased a proud, proud state at its tough, resilient best. With the initial release selling out in less than 10 minutes post-match, don’t miss out on your piece of Origin history.