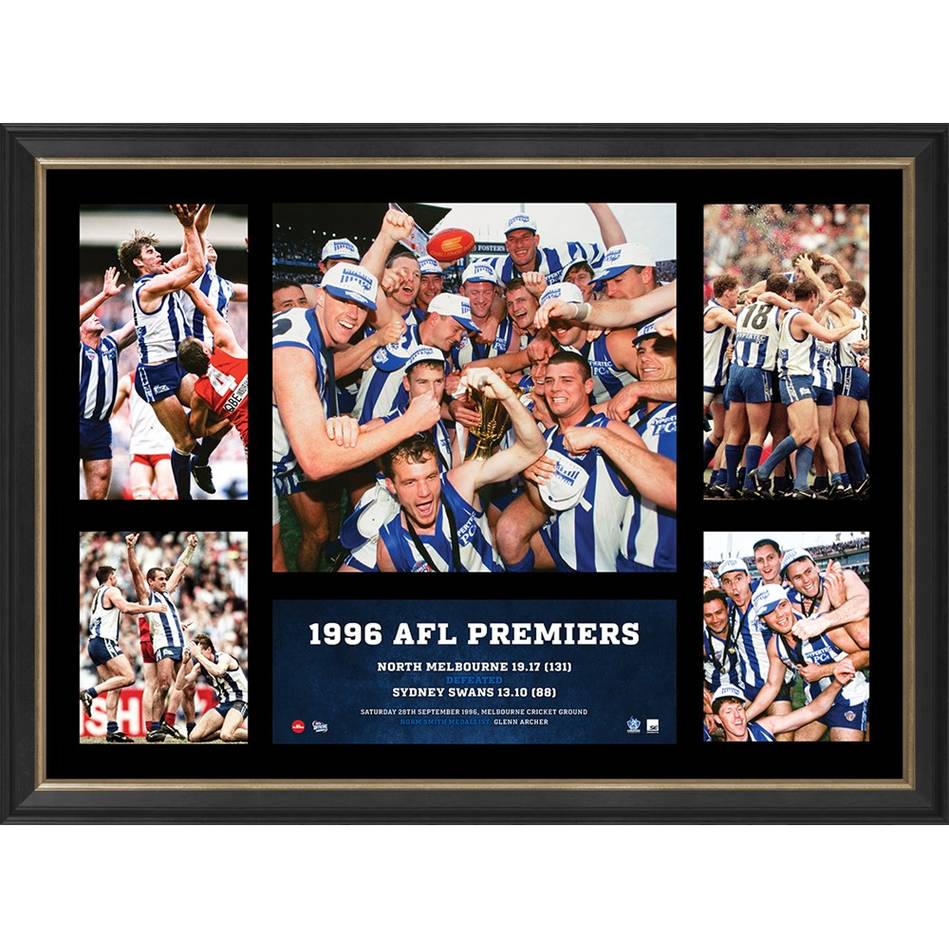 Official Memorabilia, in conjunction with the Australian Football League, AFL Players’ Association and the North Melbourne Football Club, is proud to release this Premiership piece, delivering the ultimate respect to the games champions.