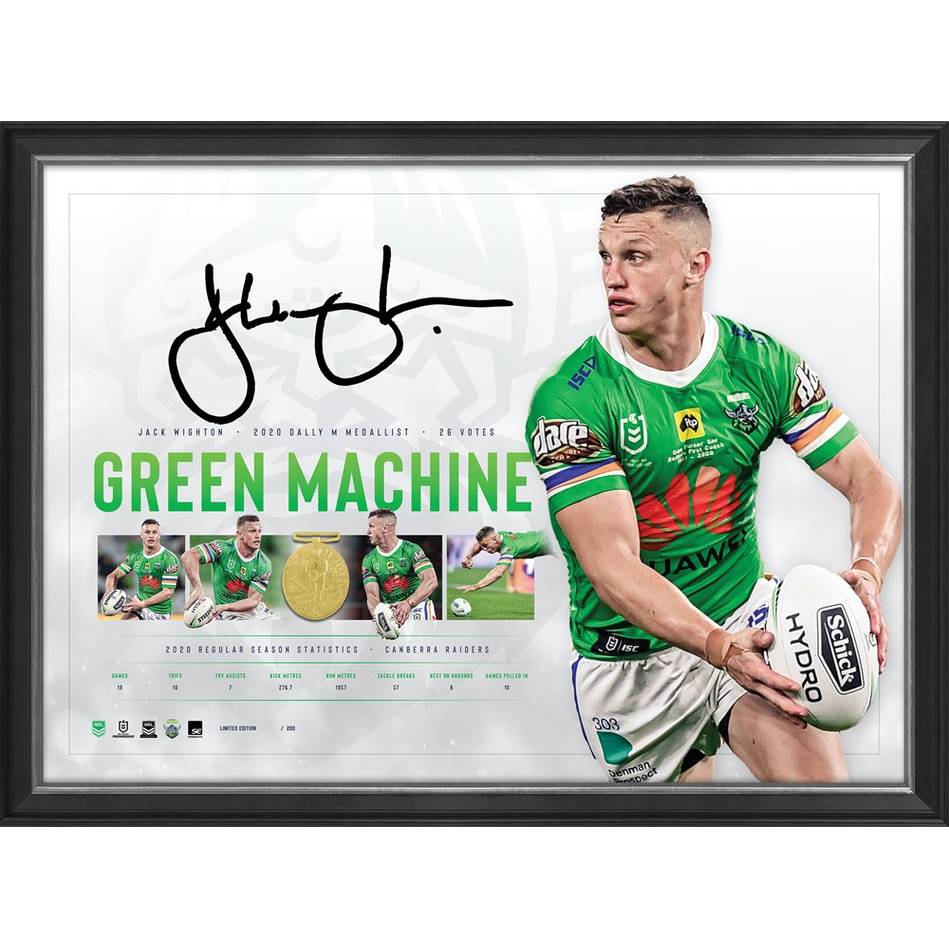 It’s official… Jack Wighton is the best of the best! With the mid-season loss of one of the league’s premier hookers in Josh Hodgson, Canberra needed a playmaker to stand up and deliver if the Raiders were to succeed in 2020. Wighton did just that, taking the game by the scruff of the neck and propelling the Green Machine to the Preliminary Finals. His physical brand of playmaking, combined with elite foot skills and a willingness to immerse himself in the big moments are all qualities that underline his status as the NRL’s best in 2020 and one of the game’s elite.  Canberra’s third Dally M Medallist behind Ricky Stuart (1993) and Laurie Daley (1995), Wighton joins the rarefied air of decorated Raiders. As he continues his meteoric rise, it’s not hard to envisage more accolades to come.