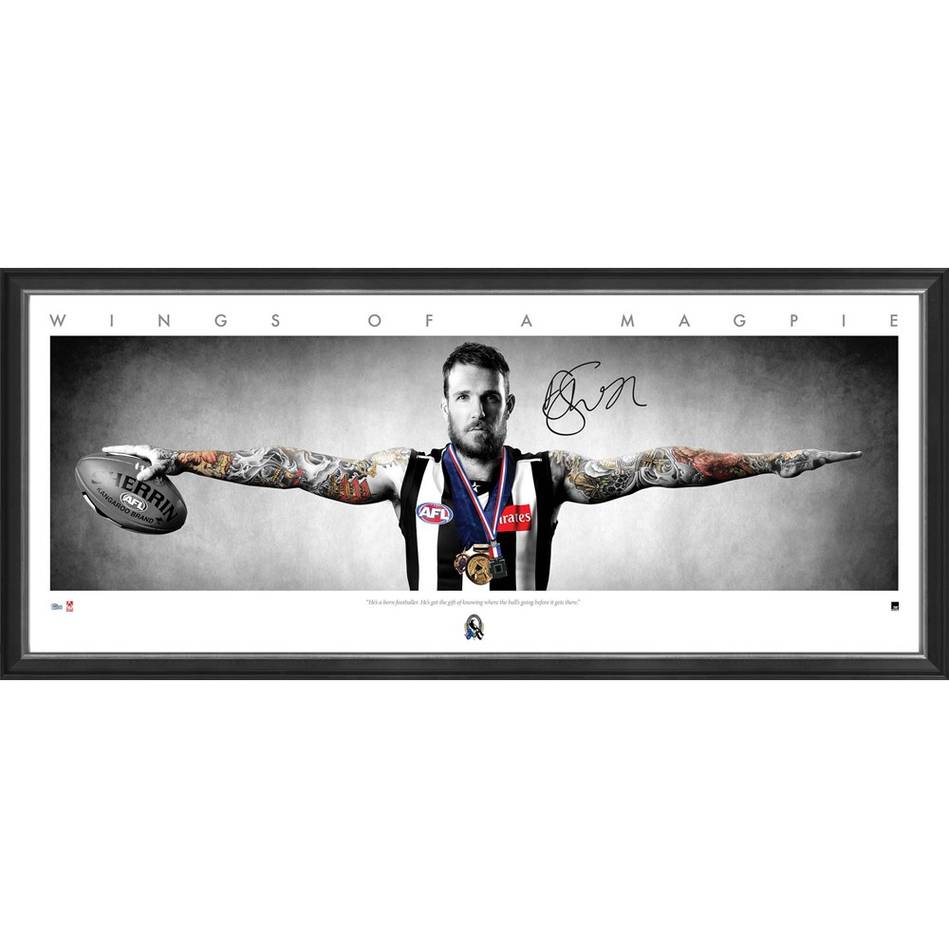 A strongly-built inside midfielder who was equally dangerous going forward, Dane Swan’s amazing ability to surprise his opponents was a key element of his midfield domination. Time after time, he would out-run taggers courtesy of his deceptive pace, powering from contest to contest. One-on-one in the forward line, Swan's underrated ability to take overhead marks on a taller opponent added yet another dimension to his game. With a Premiership Medal, Brownlow Medal, three Copeland Trophies, and five All-Australian selections under his belt, the player once known more for the artwork on his arm, will now forever be deservedly recognised for, and judged by, his remarkable deeds in the black and white jumper of his beloved Pies. Back by popular demand, you don't want to miss this opportunity again.