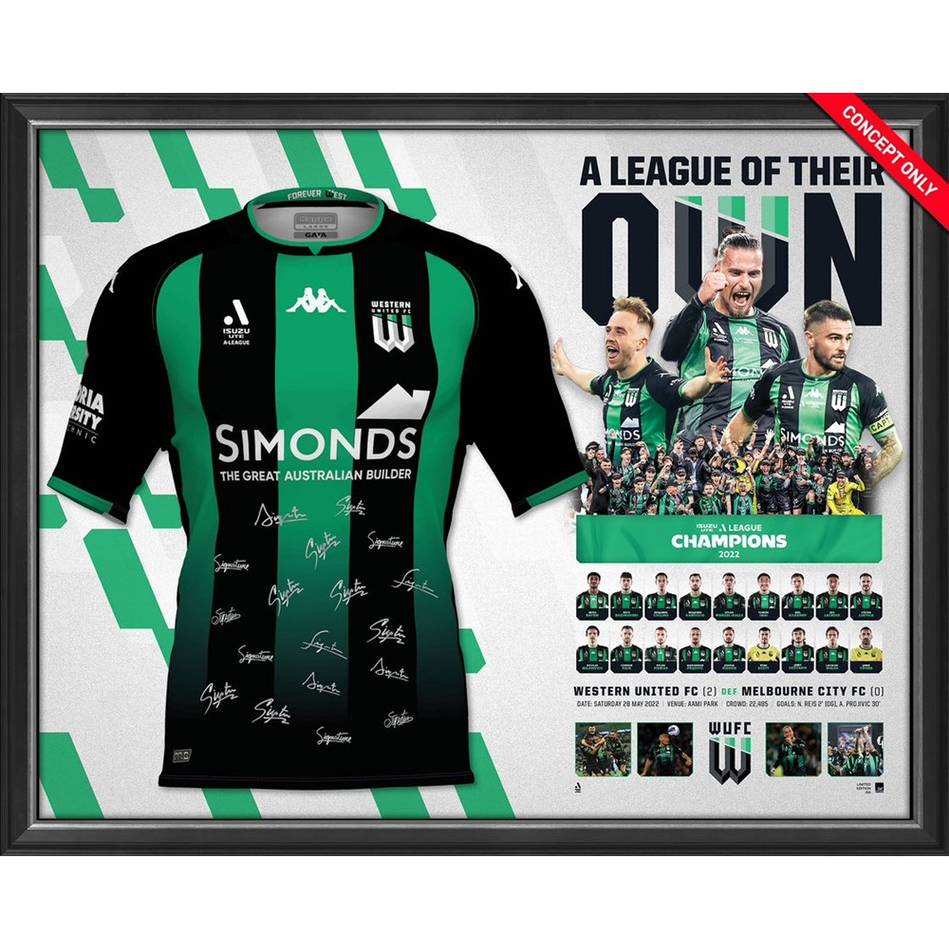 IT’S OFFICIAL… Western United are champions! In recording the historic triumph against Melbourne City FC, United have secured their inaugural A-League Championship. Since its inception in 2018, United’s meteoric rise to the top has been extraordinary and this season showed just why this club is going to be a powerhouse for years to come. After overturning a one-goal deficit and shutting down Victory’s club-record unbeaten 16-match run in the Semi Final, United again willed their way to an unforgettable triumph in the last game of the season. This stunning piece pays tribute to United’s inaugural Championship and will sell out rapidly! With only 50 editions commercially available worldwide, make sure to secure your piece of United history today!