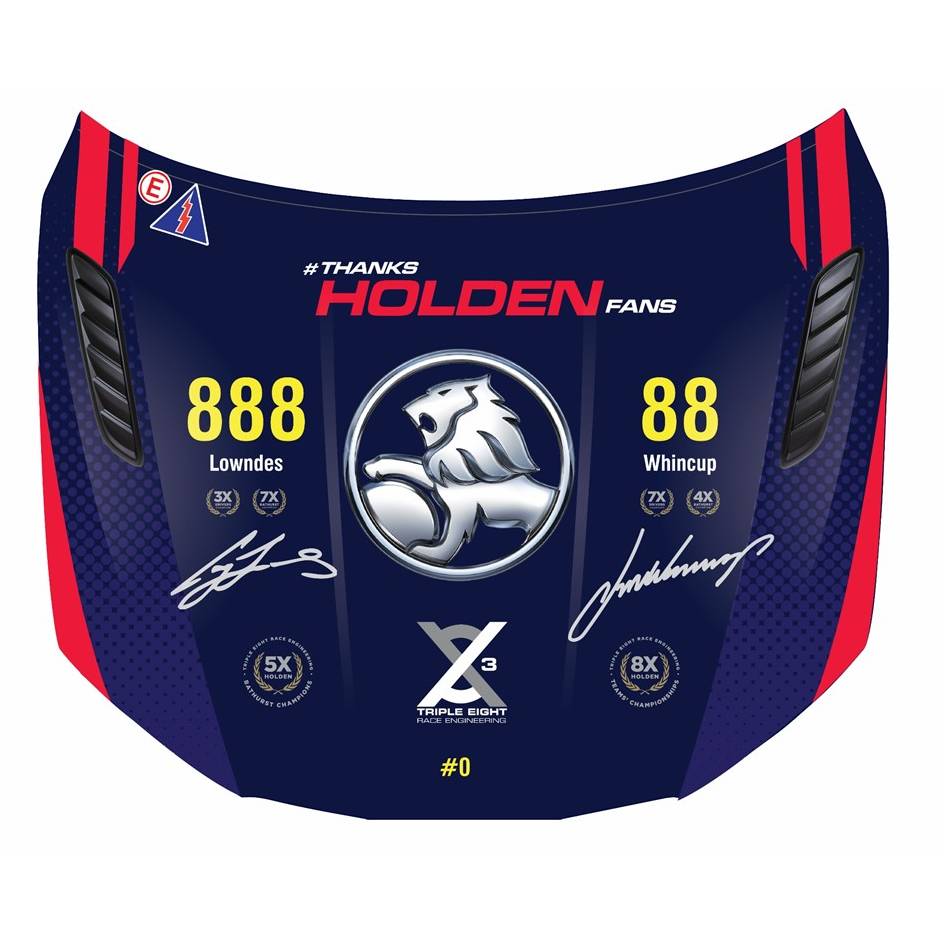 Official Memorabilia, combining its long-term partnership with Triple Eight Race Engineering and its responsibility in helping Holden lovers everywhere pay tribute to the iconic brand, have collaborated on a special project. For 88 serious motorsport collectors, Holden have set aside 88 VF Commodore bonnets. Not mini-bonnets, not scale replicas – the real thing, direct from the factory. Decaled in a custom designed, special edition livery, which invokes the legacy of the dominant Holden and Triple Eight partnership, whilst paying tribute to the achievements of legendary drivers Craig Lowndes and Jamie Whincup. Triple Eight will co-ordinate for both champions to personally sign each bonnet - it's an opportunity you can't miss.