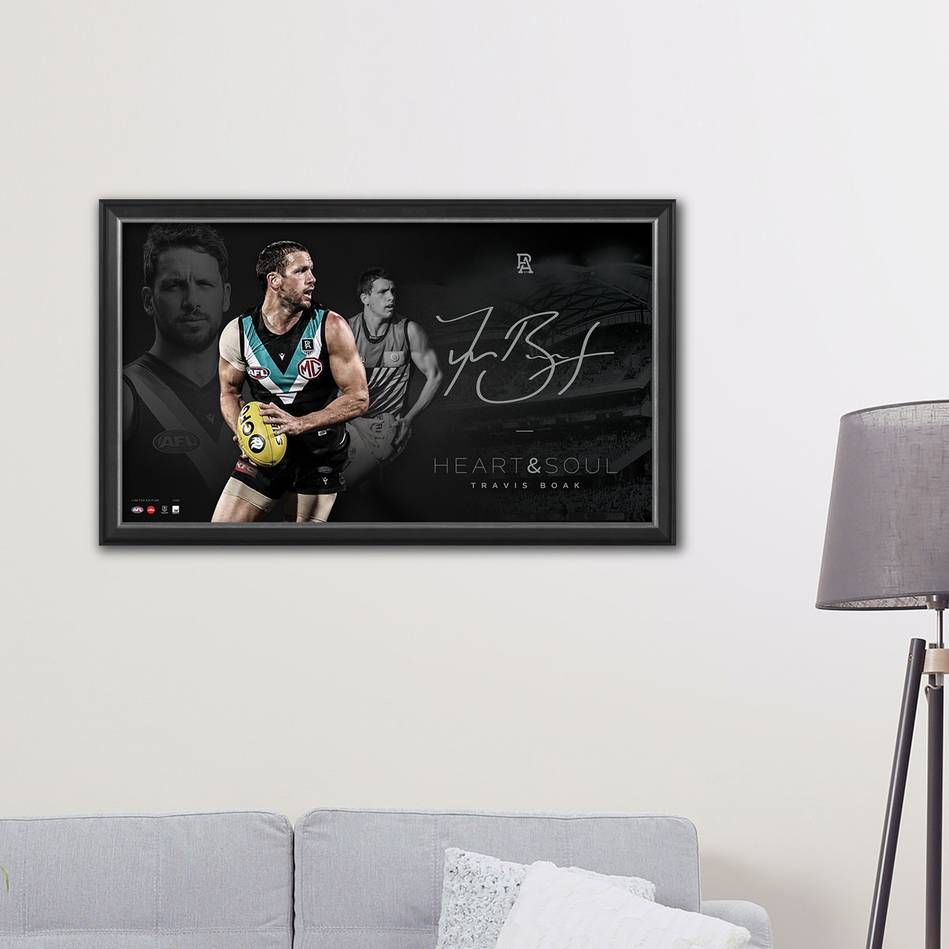 A renowned big game player and one of the most consistent to ever grace the game, the evergreen midfielder Travis Boak becomes Port Adelaide’s second player in the Club’s decorated AFL history to reach the 300-game milestone. Port Adelaide’s favourite son first debuted in 2007 and has never looked back. Boak’s fierce leadership, high footy IQ, and an undeniable loyalty has seen him carve out a legacy that will not soon be forgotten by Port Adelaide fans. Over the span of his career, the dual John Cahill Medallist, three-time Showdown Medallist, and three-time All-Australian has not shown any signs of slowing down as he reaches this incredible milestone, continuing to push Port Adelaide towards Premiership glory in 2021.