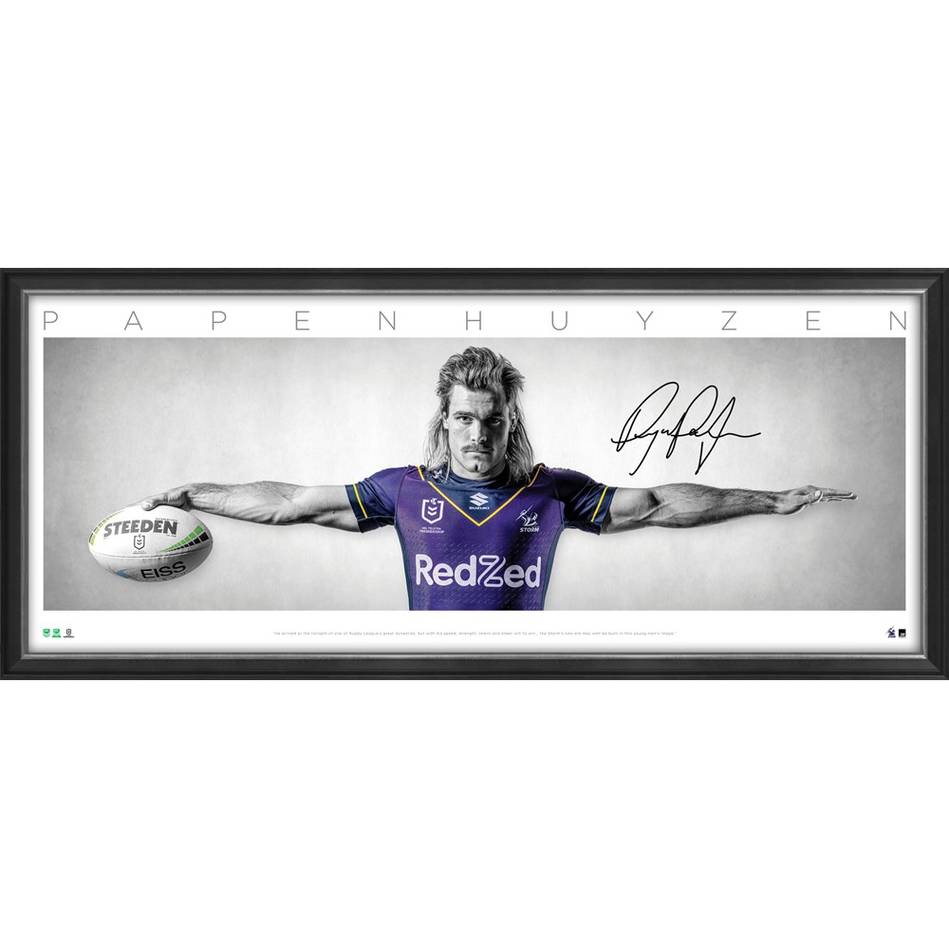 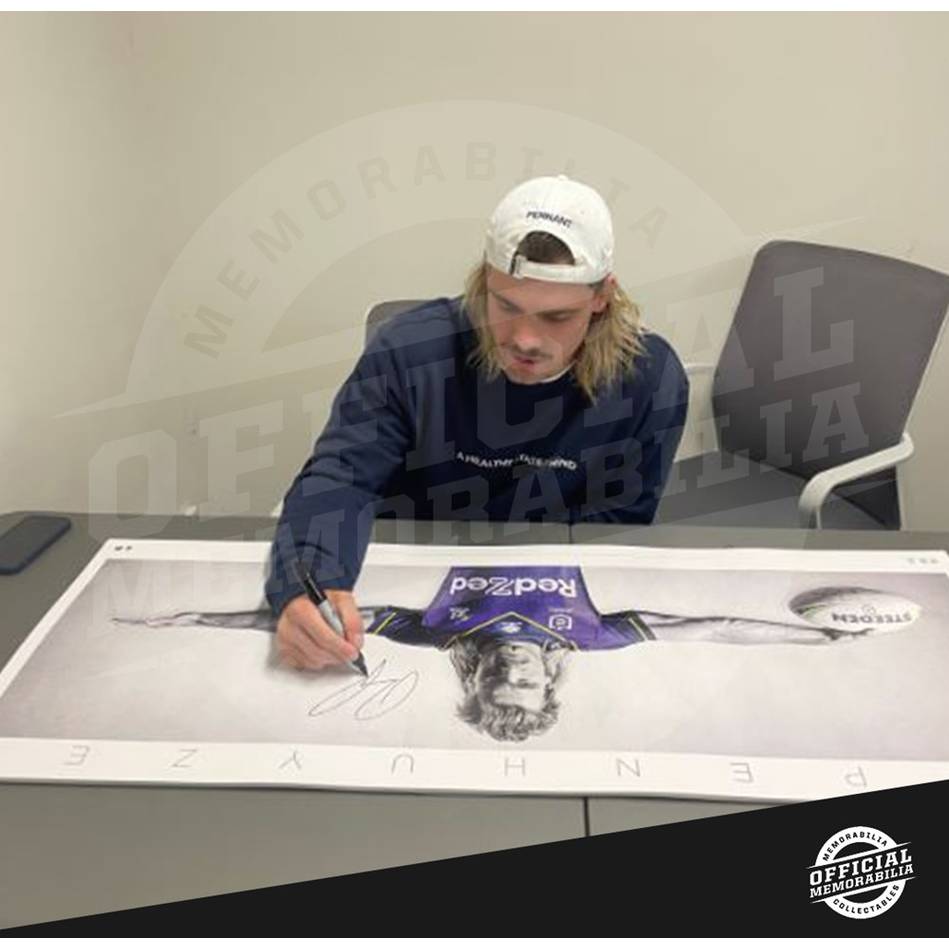 There are few who possess frightening pace and lightning agility, whilst still having the poise and playmaking craft of a seasoned veteran. Ryan Papenhuyzen, however, personifies these traits to a tee. Rightfully regarded as one of the most electrifying players in the League, Papenhuyzen looks primed to power the Storm back to the promised land in the years to come. Official Memorabilia, in conjunction with the National Rugby League, are proud to release Papenhuyzen Wings. Personally signed by Papenhuyzen, this magnificent piece is the perfect gift or keepsake for any Storm fan.