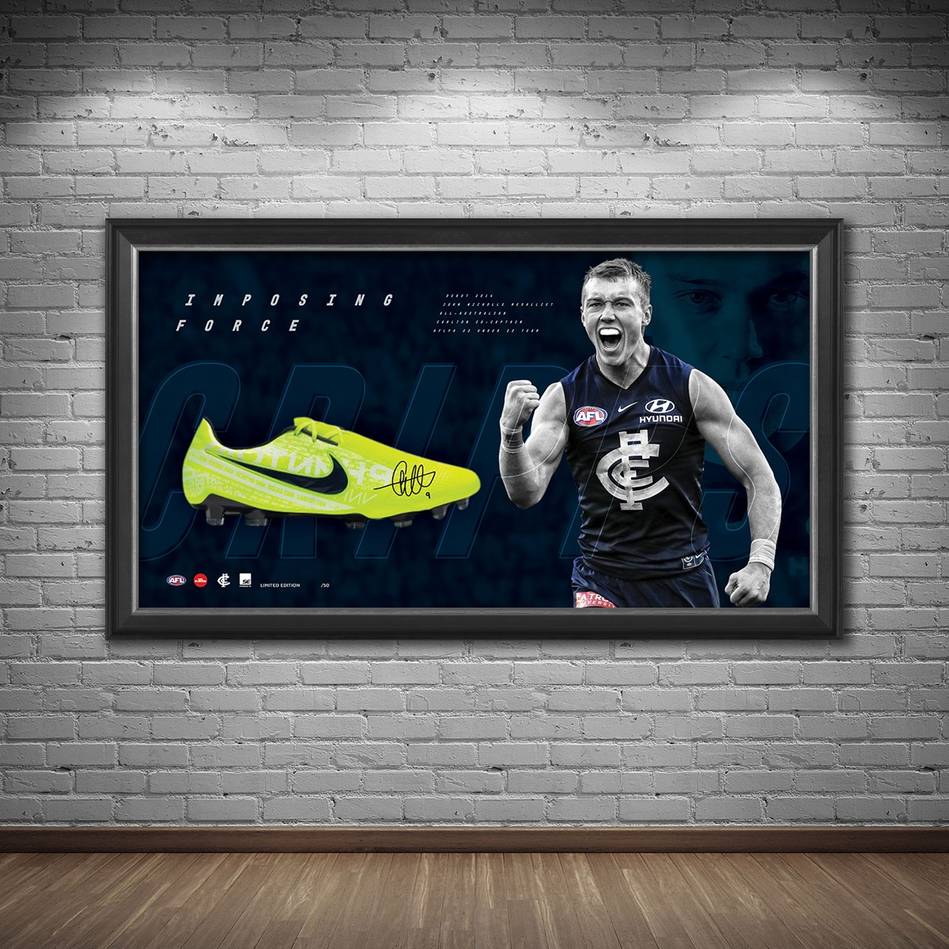 After being promoted to captain at just 23 years of age – while coming off a career year that saw him take home his second John Nicholls Medal and be named an All-Australian – Patrick Cripps has well and truly made the jump from exciting prospect, to bona fide superstar. He’s a raging bull in the contest. A one-man wrecking crew who ruthlessly hunts the ball with a ferocity that saw him become the number one contested possession winner in the game – and break Patrick Dangerfield’s single season record – with an astonishing total of 388. With his devastating combination of height, strength and class, there is seemingly no limit to what Cripps can achieve – an exciting future awaits for Blues fans!