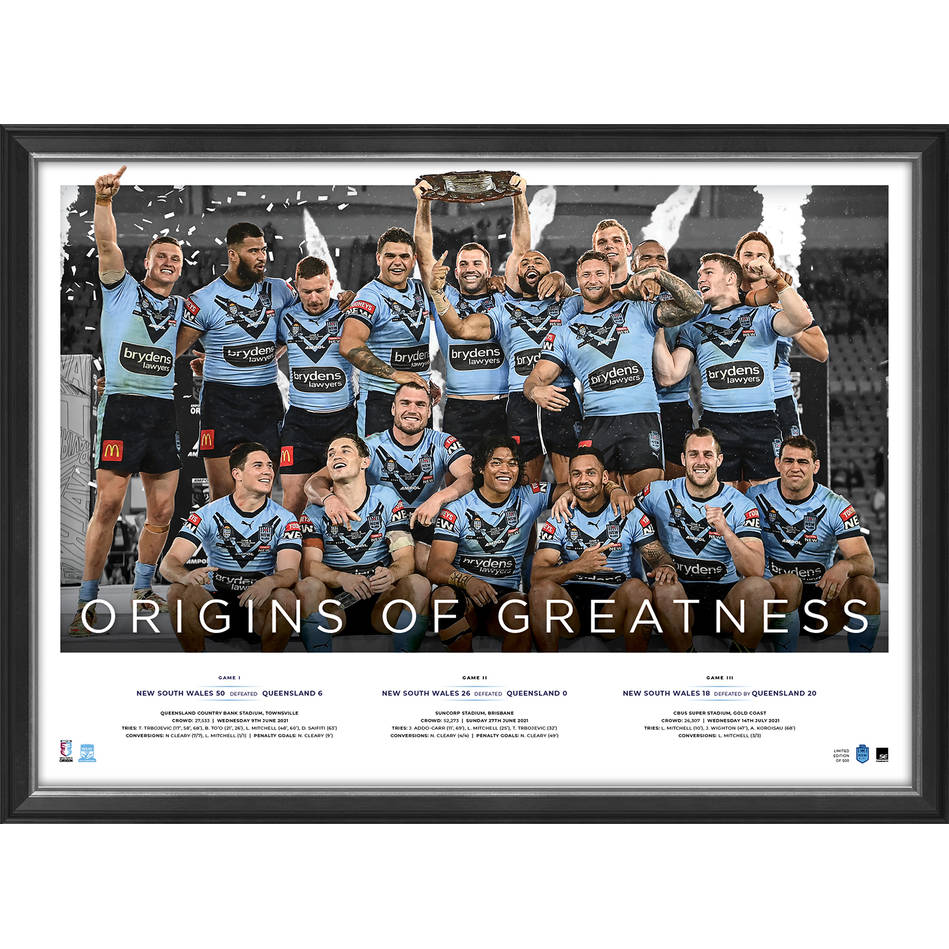 IT’S OFFICIAL… after a record-breaking Origin I, and the first ever ‘clean sheet’ in Queensland in Origin II, we have witnessed the Blues produce one of the most dominant displays in Origin history. Pound for pound, this demolition might have been delivered by one of the strongest Blues teams in Origin history. What a treat it was to watch this team gel, improvise and capture the strength of just about every squad member. Penrith’s halves duo looked as harmonious and threatening for the blues as they have all season, while the Maroons had few answers for the sustained attacks of skipper James Tedesco and centre three-quarters Mitchell and Trbojevic. The Champions Jersey sold out within 15 minutes; order yours now so you don’t miss out!