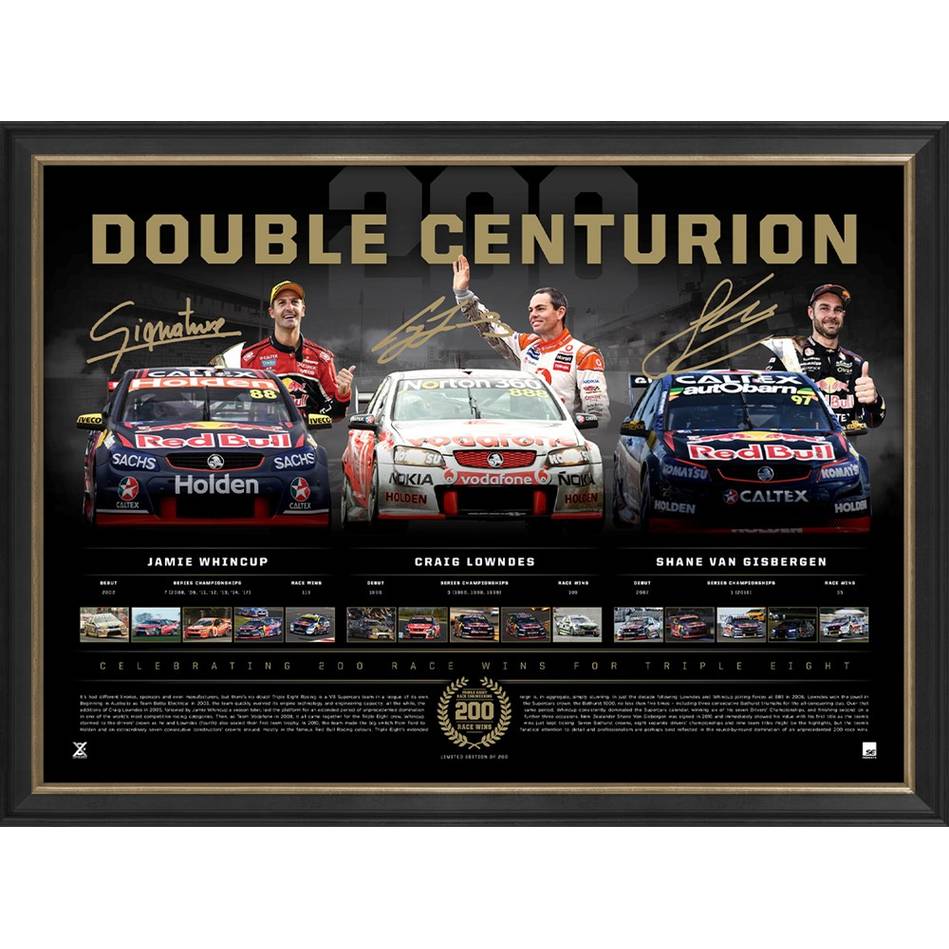 Triple Eight’s extended reign is, in aggregate, simply stunning. Since Lowndes and Whincup joined forces in 2006, Lowndes won the jewel in the Supercars crown, the Bathurst 1000, no less than six times – including three consecutive Bathurst triumphs for the all-conquering duo. His brilliance has been matched by Whincup’s consistent dominance of the Supercars calendar, culminating in seven Drivers’ Championships, with a further five finishes on the overall podium. New Zealander Shane van Gisbergen was signed in 2016 and immediately showed his value with his first title as the team's wins just kept ticking. Seven Bathurst crowns, eight separate drivers’ championships and nine teams’ titles might be the highlights, but the team’s fanatical attention to detail and professionalism are perhaps best reflected in the round-by-round domination of an unprecedented 200 race wins.