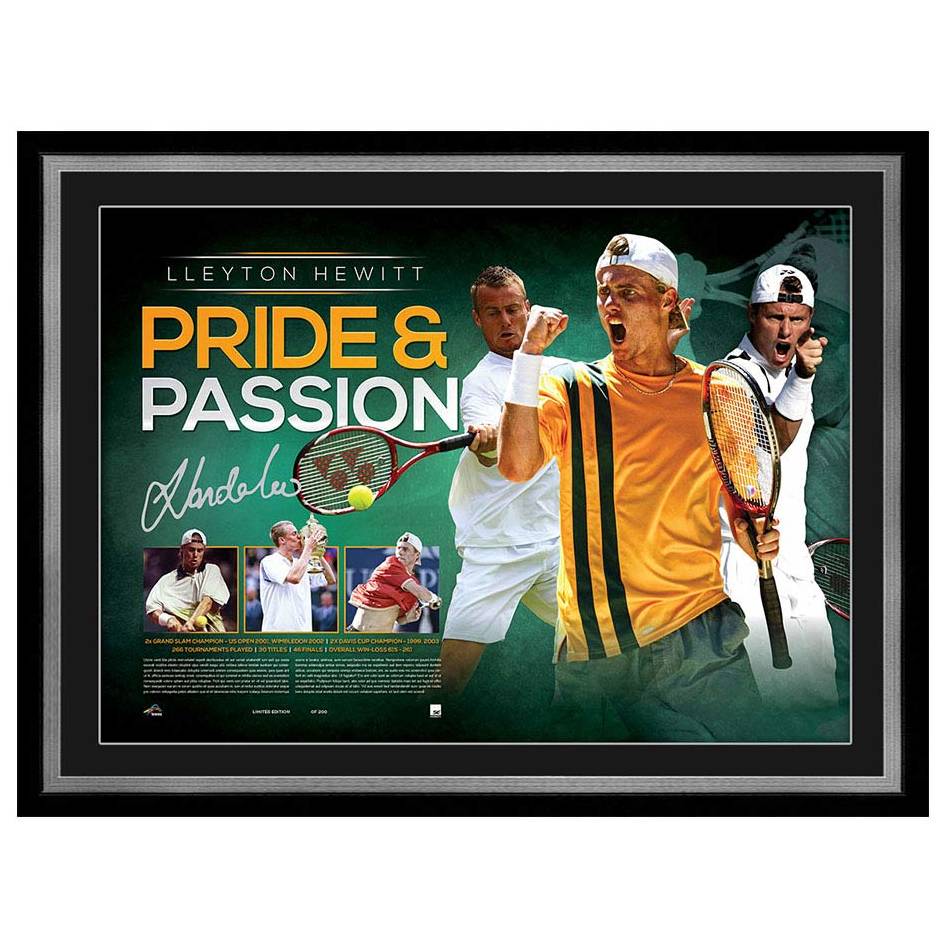 The 2016 Australian Open marks a special occasion for Lleyton Hewitt for many reasons. When he steps on court for his first round Mens Singles clash, it will be the 20th time he has done so at Melbourne Park – an all-time record and testament to his longevity. It will also be his last tournament. In a career spanning more than 1,000 competitive matches, Hewitt has made it to the peak by virtue of an unparalleled work ethic, supreme endurance and an innate understanding of his own game. Whilst Hewitt’s demolitions of Pete Sampras in the 2001 US Open Final and David Nalbandian in the 2002 Wimbledon Final brought him his greatest individual success, it is arguably Hewitt’s two Davis Cup victories that he holds most dear. A true Aussie patriot, Hewitt embodies the values of hard work and determination, and has evolved during a glittering career from the wunderkind with the world at his feet to a blue-chip sporting role model for the generation of Aussies to come.

Official Memorabilia, in conjunction with Tennis Australia, is pleased to release ‘Pride & Passion’, paying tribute to the magnificent career of sporting icon Lleyton Hewitt. Personally signed by Hewitt, along with imagery highlighting the peaks and triumphs of his career, ‘Pride & Passion’ is a must-have for every ‘Green and Gold’ tennis fan. Limited to just 200 editions, however, this won’t last long, so secure yours today to avoid disappointment!