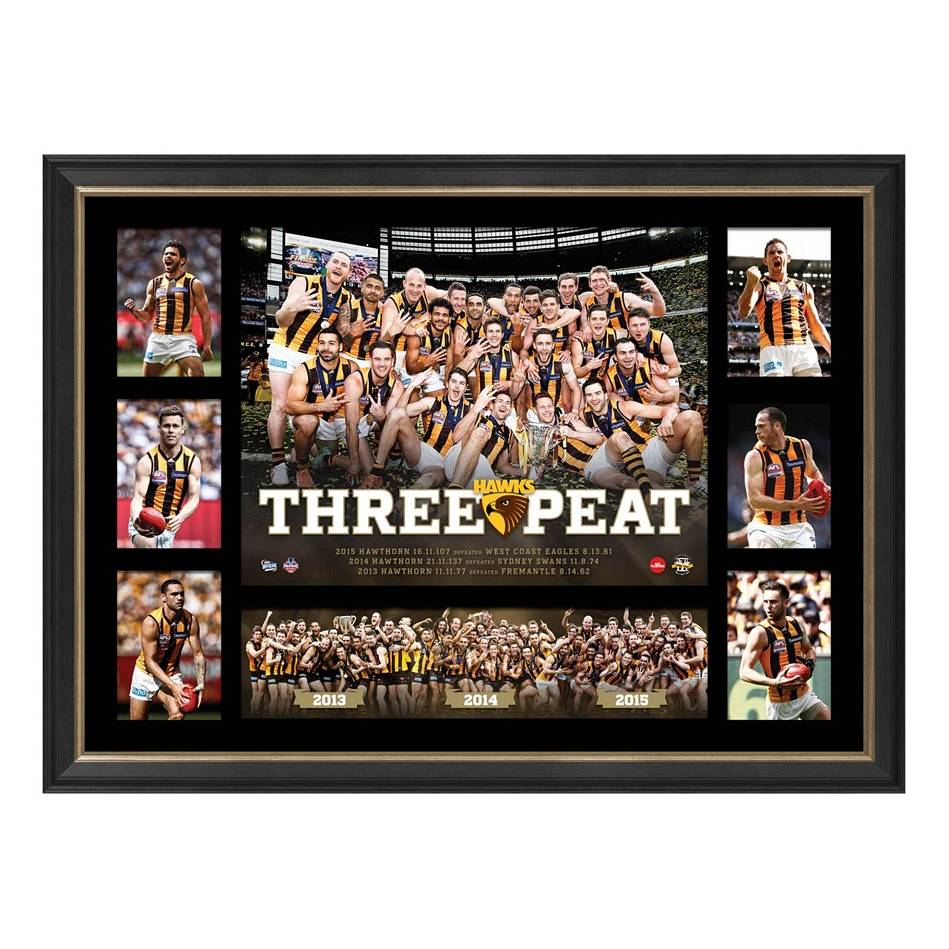 ‘THREE-PEAT’ pays tribute to one of the modern era’s most dominant teams, Hawthorn. Amassing three Premierships in a row taking on all comers, the Hawks have been nothing short of a powerhouse of the AFL for the past decade. Official Memorabilia, in conjunction with the Australian Football League, AFL Players’ Association and Hawthorn, is proud to release this Premiership piece, delivering the ultimate respect to our great game’s champions.