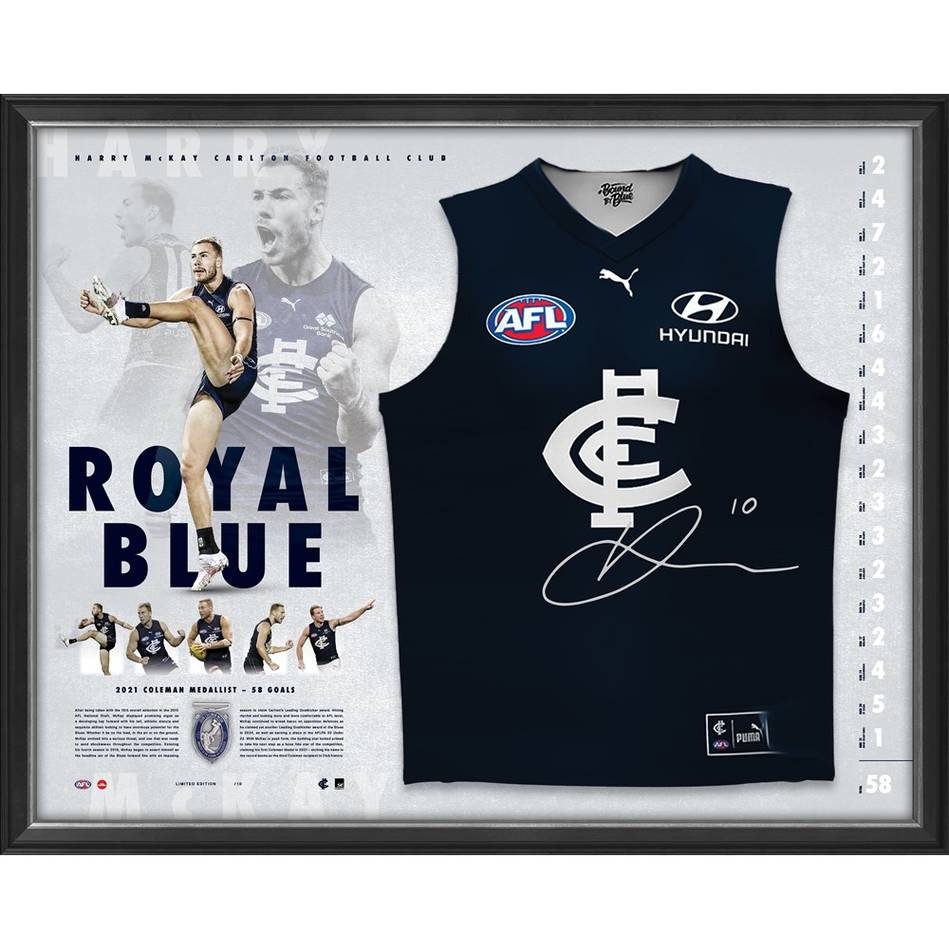 IT’S OFFICIAL… Carlton sharpshooter Harry McKay is the 2021 Coleman Medallist. Whether it be on the lead, in the air or on the ground, McKay has evolved into a serious threat, one that has sent shockwaves throughout the competition this season. His unique profile as an athletic Goliath, paired with an exquisite skillset, have led him to an impressive 58 goals, with his Coleman Medal seemingly sewn up without even playing in the final two rounds of the home and away season. Truly a cut above the rest in 2021, McKay has well and truly put the AFL world on notice as the next powerhouse of the Carlton Football Club.