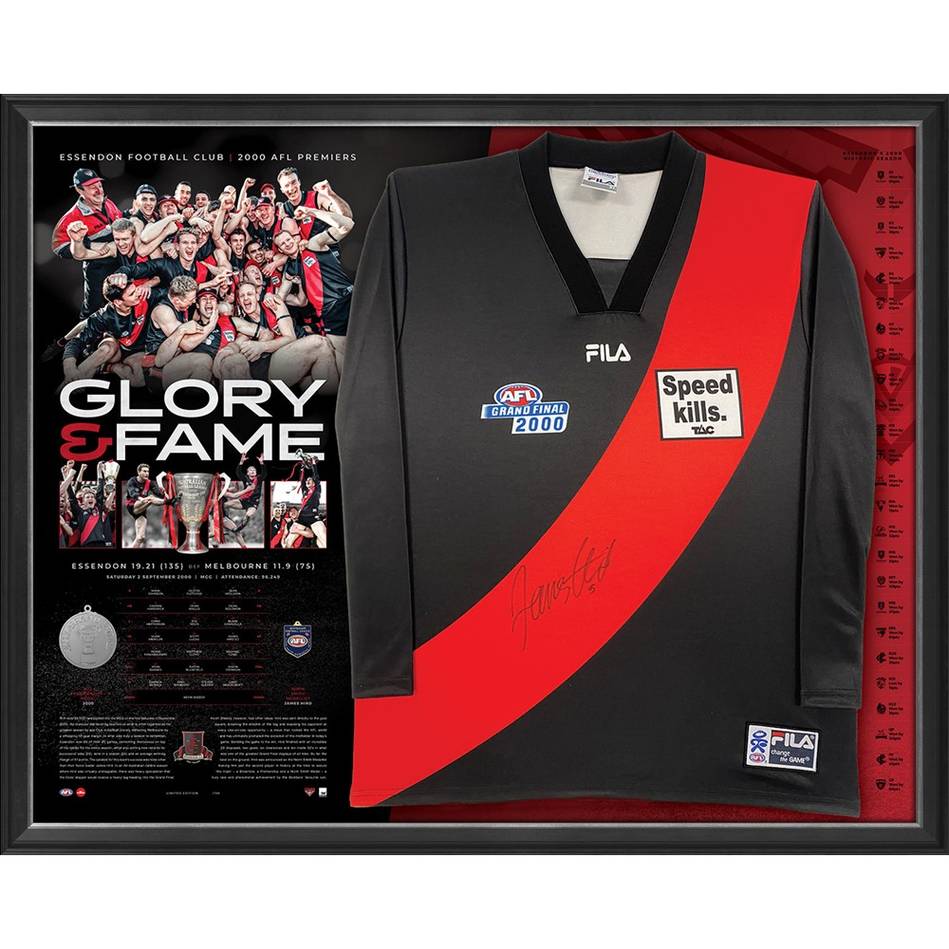 With over 96,000 fans packed into the MCG on September’s first Saturday of 2000, the Dons put the finishing touches on what is often regarded as the greatest season by any Club in football history, defeating Melbourne by a whopping 10-goal margin. In what was truly a season to remember, Essendon won 24 of their 25 games, cementing themselves on top of the ladder for the entire season, whist also setting new records for successive wins (20), wins in a season (24) and an average winning margin of 51 points. By far the best on the ground, Hird was announced as the Norm Smith Medallist making him just the second player in history at the time to secure ‘the triple’ – a Brownlow, a Premiership and a Norm Smith Medal – a truly rare and phenomenal achievement by the Bombers’ favourite son.