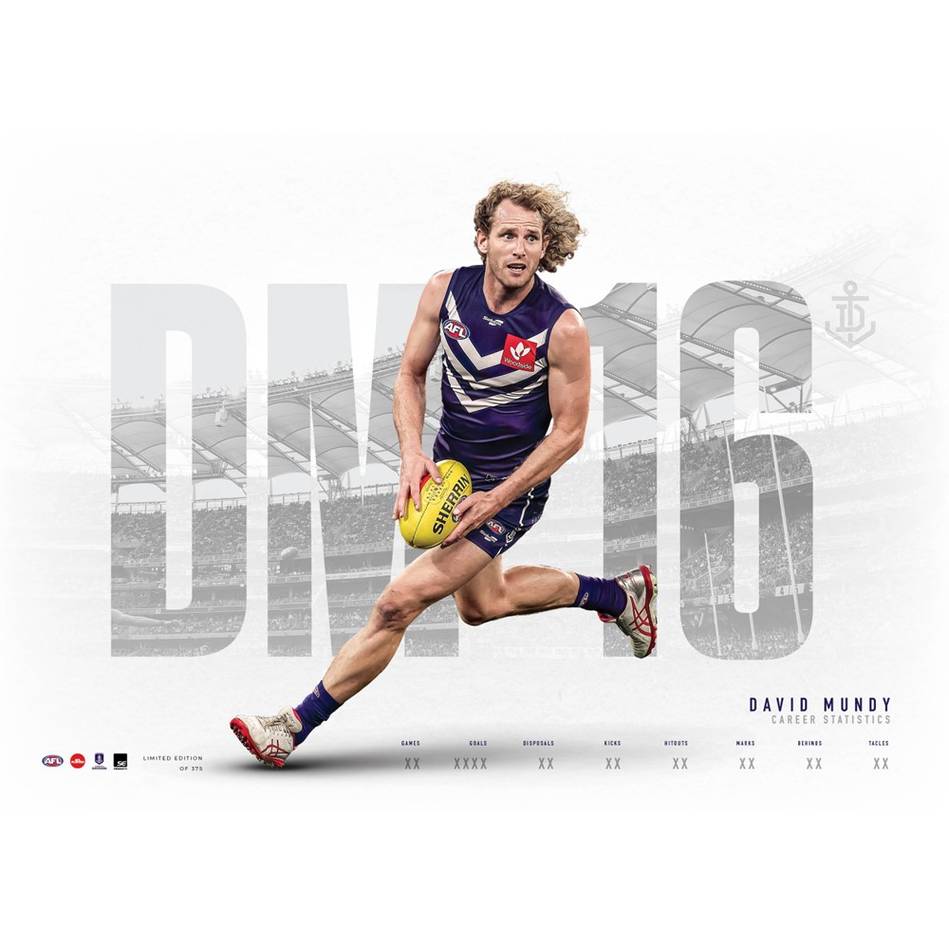 Selected with the 19th in the 2003 National Draft, David Mundy carved out one of the greatest careers ever seen at Fremantle. Always a cool-head, his elite skills under pressure combined with an almost unrivalled durability will see Mundy leave the AFL in the top 10 all-time for games played, as well as the most-travelled player in history. A player primed for the big stage, the man from the small town of Seymour delivered in the clutch for the Purple Army on numerous occasions, highlighted by his epic post-siren match-winner against Richmond in 2017. A 2010 Doig Medallist and 2015 All-Australian, Mundy's legacy is one of sustained excellence, and he will forever have a place in the heart of the Freo faithful.