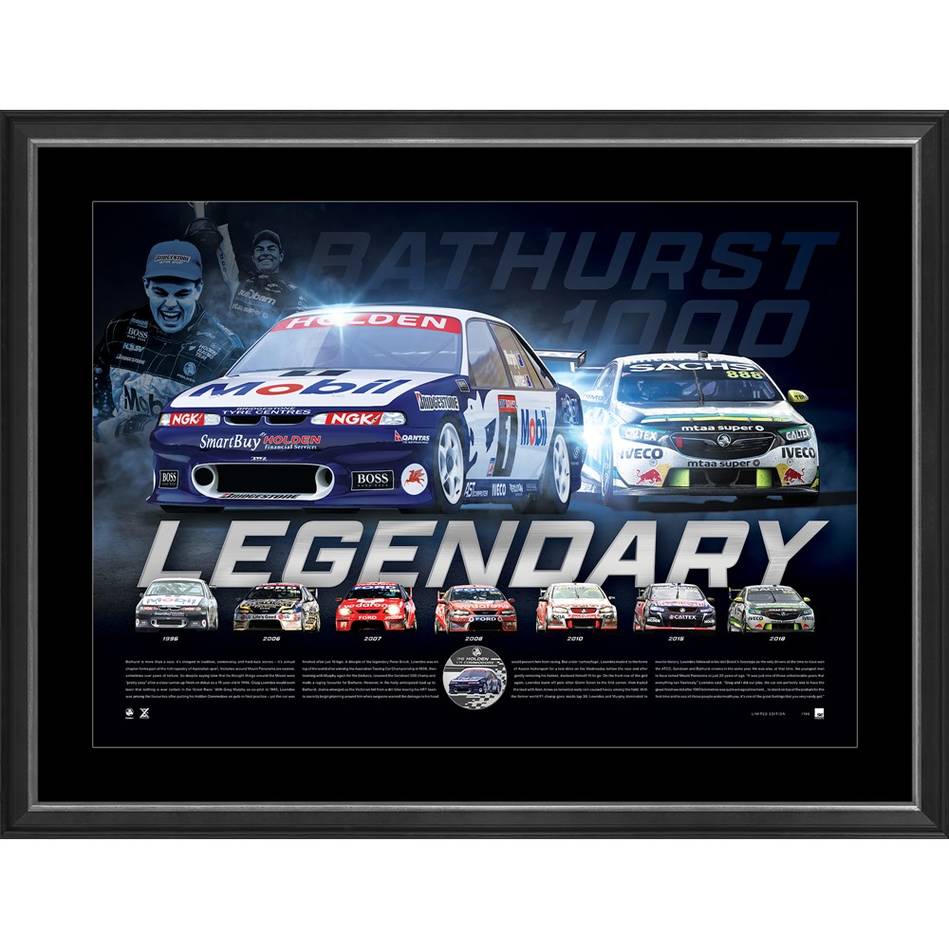 Marking 25 years since Lowndes’ inaugural Bathurst triumph, LEGENDARY celebrates the heroic effort of one of Australia’s most admired and respected champions. In the hotly anticipated lead up to the ‘Great Race’ of ‘96, Lowndes was struck down with a concerning injury after falling awkwardly from a dirt bike just days prior. With the rising 22-year-old superstar immediately sent to receive treatment, surgeons warned that the damage to this head should prevent him from racing… but champions of the calibre of Lowndes don’t bow down that easily. Courageously and miraculously taking to Mount Panorama, Lowndes remained fearless in his intent immediately burning off pole sitter Glen Seton on the first corner and surging passed Alan Jones to take the lead. Torrential rain soon pursued as havoc took to the field, but Lowndes and Murphy never looked back, enduring the elements, and driving their way into history.