All Blacks Signed 'Decade of Dominance' | Official All Blacks Memorabilia

All Blacks Signed 'Decade of Dominance' 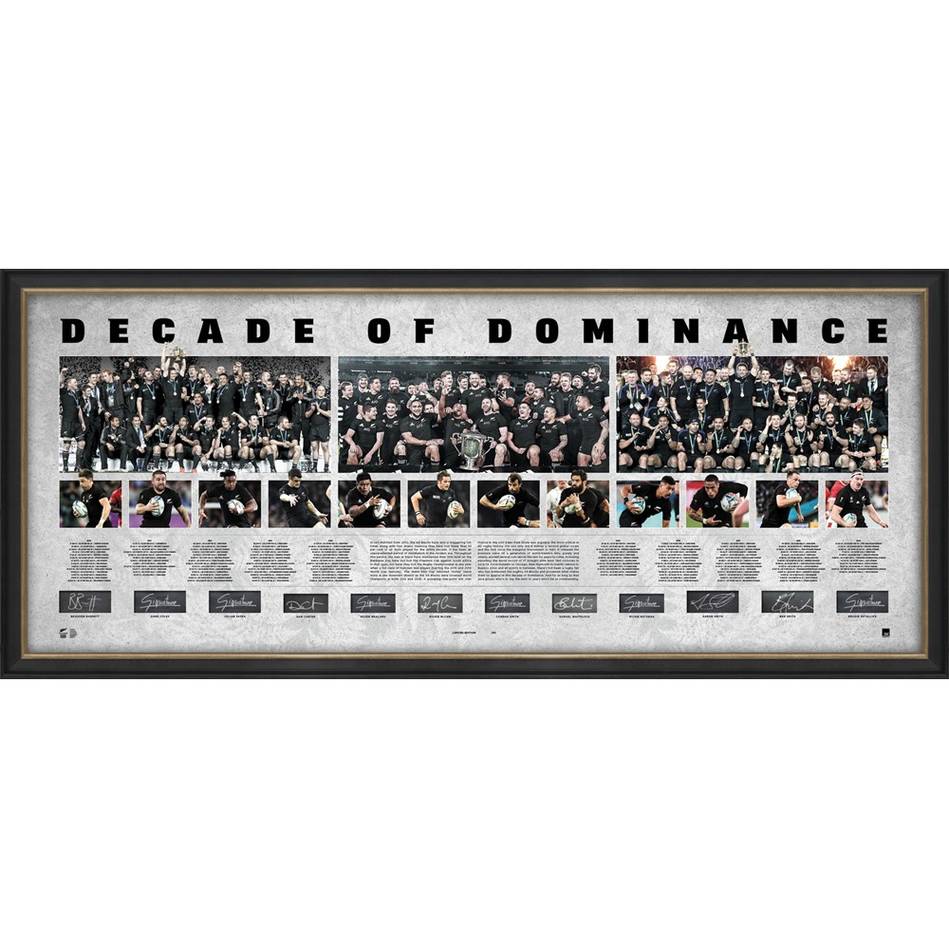 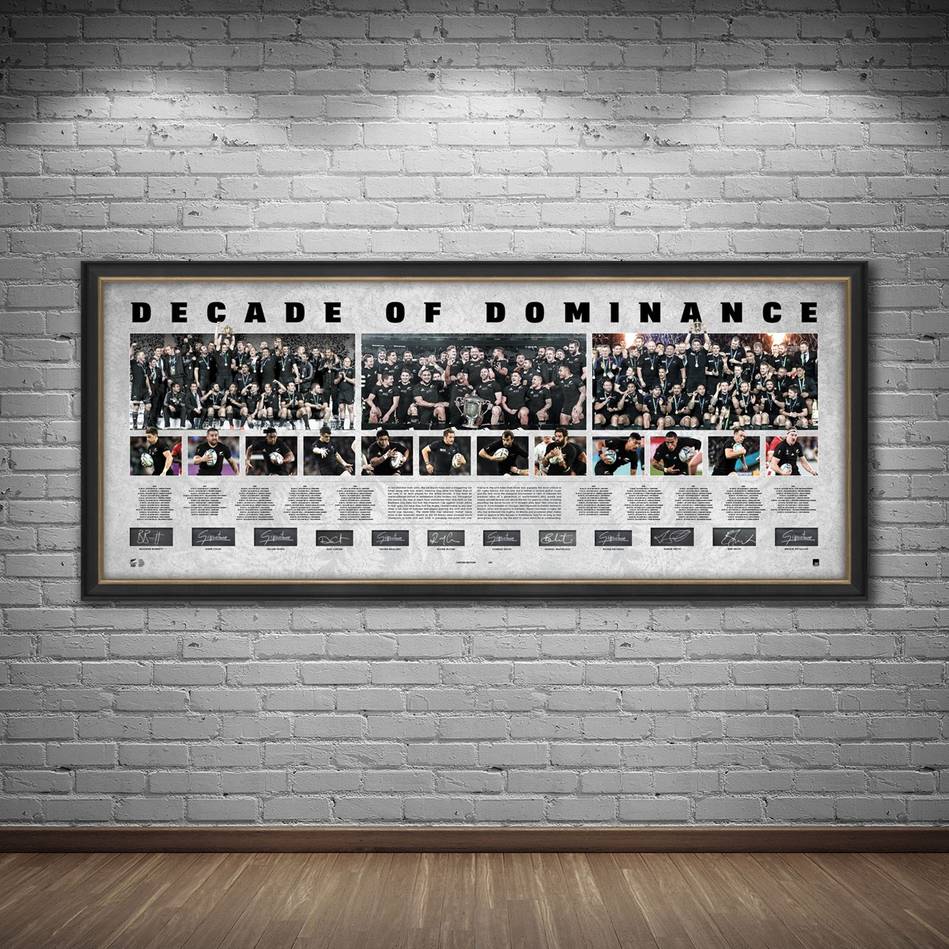 All Blacks Signed 'Decade of Dominance'

You have to look back to the early years of this century to find a time when New Zealand did not have their hands on the Bledisloe Cup. It’s been an unprecedented period of domination in the modern era of annual clashes with the archrival across the ditch. In fact, in 143 matches from 2010, the men in black won a staggering 126 times and drew another four times – meaning they lost fewer than 10 per cent of all Tests played for the entire decade. To go with it were two historic World Cup triumphs, with a pulsating one-point win over France in the 2011 Eden Park finale the highlight and arguably the most critical in NZ rugby history.

From Dunedin to Chicago, New Plymouth to Dublin, Nelson to Buenos Aires and all points in between, there’s not been a rugby fan who has witnessed the mighty All Blacks and pondered what makes them so special in this decade of dominance. And for as long as that aura grows, who’s to say the next 10 years won’t be as commanding?

*Please note all prices are AUD. For customers requiring delivery outside Australia, duties and taxes remain the sole responsibility of the purchaser.